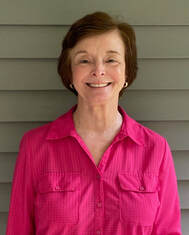 Vicky Zanillo, Board Chair
​Vicky Zanillo is a retired educator who began her career as a special education preschool teacher. After teaching children with special education needs from preschool through high school she worked as a principal, Special Education Director and Assistant Superintendent for Learning. Most of her administrative career (17 years) was in West Chicago District 33 where she was the principal of Currier Elementary School for 12 years. Vicky has a Bachelor’s degree in Education and a Master's degree in Special Education from Northern Illinois University and a Doctorate from Loyola University.

​Since her retirement she has volunteered at the Dominican Literacy Center in Aurora where she taught English as a second language for 3 years to adult women. For the past 8 years, she has volunteered at Educare in the library where she reads to the children on a weekly basis and orders books for the library.
Vicky and her husband live in Geneva; they have two daughters and four grandchildren. 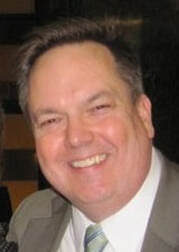 ​Michael Burke, Vice Chair
Michael Burke is Vice President of Buffett Early Childhood Fund, an Omaha-based foundation that invests where public education is most under-invested: the first five years of life and learning. Mike has more than 30 years of experience in politics, public relations and philanthropy. His work at the Buffett foundation focuses on building the coast-to-coast network of high-performing Educare schools while also providing guidance on efforts to improve state and federal policies affecting young children and their families.
​
​Before joining the foundation in January 2007, Mike oversaw public affairs and communications for several children’s organizations, including: Ounce of Prevention Fund, Voices for Illinois Children, and the American Academy of Pediatrics. He also managed media relations for two political campaigns in rural Illinois.
​
​ 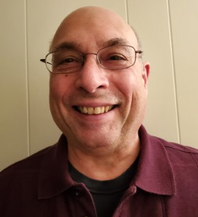 ​Steve Rasher, Secretary
​Steve Rasher is an attorney with over 46 years of broad commercial experience in both litigation and transactional matters. Steve was Assistant General Counsel of United Air Lines, Inc. for 17 years, until his retirement on June 1, 2011. During his 28 plus year career at United, Steve provided counsel on most facets of United’s business. From 2001 through 2003, Steve was Senior Vice President and General Counsel of UAL Loyalty Services, a wholly-owned United affiliate, which owned and operated the Mileage Plus program and united.com. At ULS, Steve was not only responsible for all legal matters of ULS, but also had business responsibility for all procurement and real estate. Prior to joining United in 1982, Steve was a commercial trial and appellate lawyer with Mayer Brown (1973-1977) and Katten Muchin (1978-1982).
​
Since his retirement, Steve has been managing his investments and finances and those of various members of his family.  In addition, during that last two years, he has done legal/business related consulting services for three different companies as well as legal work for Don Levy Associates and O’Laughlin Corporation. Steve has a B.S. in Business Administration (concentrations in Economics and Finance) from Miami University, Oxford, Ohio (1970) and a J.D. from the University of Michigan (1973) (Order of the Coif). Steve and his wife, Sue, have been married for over 48 years and continue to live in Wilmette, Illinois, a suburb of Chicago.
​ 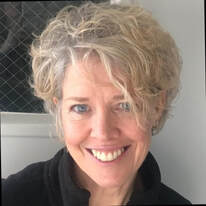 Barb Abromitis, Member
Barbara Abromitis, Ed.D., CFRE. Principal Consultant at BLISS Creative Services and former Director of Grants at College of DuPage, has extensive experience with program development at both the K-12 and post-secondary levels, as well as with academic program evaluation, grant proposal writing, and grant program management. A former elementary teacher and assistant professor in education at Lewis University in Romeoville, IL, she has also worked as an educational consultant for school districts, community colleges, Regional Offices of Education, universities and other organizations.
Dr. Abromitis has a doctorate in Literacy Education with cognates in Educational Psychology and Curriculum and Supervision from Northern Illinois University, and a Certificate in Fundraising Management from the Lilly School of Philanthropy at Indiana University.  She has given over 25 conference presentations, and authored or co-authored 13 teacher resource books in the areas of reading and the language arts, as well as over 100 education and parenting articles and numerous funded grant proposals.  Her dissertation on the reading attitudes of third graders was awarded Outstanding Dissertation of the Year by the College Reading Association, and she was a recent Fulbright Scholar, participating in the Community College Administrator Seminar held in Russia. In her current role, Dr. Abromitis assists nonprofit organizations to further advance their missions through strategic planning, board development, fundraising, grants, and program evaluation.

Brian is the Vice President of Operations at FNBC Bank & Trust. He has worked out of their West Chicago banking office since 2001, and has worked in the banking industry in the West Chicago community since 1995. Brian manages various aspects of retail and commercial banking operations for all FNBC locations. Some of Brian’s responsibilities include electronic banking, cash management, vendor relations and customer relationship management.

Brian has been serving as Treasurer of CHSD94 Educational Foundation since 2011. He has been a performing member of the Naperville Municipal Band since 2002 and has served on the Band’s Board of Directors. 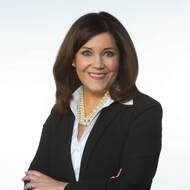 Kristina Davis, Member
​Kristina Davis is currently the Assistant Superintendent for Teaching and Learning in West Chicago District 33. Starting in the 2019-2020 school year, she will assume the position of the interim superintendent.

Over the past 10 years, Kristina has overseen D33’s PreK-8th grade curriculum and instructional programs as well as assessment and accountability systems. Kristina’s educational career began as the first bilingual teacher in an Illinois farming community of migrant workers. In 2003, she started her administrative career as a principal and district administrator in the third largest district in Illinois. In 2009, she was hired in West Chicago as the Director of Second Language Learning and then assumed the role of Assistant Superintendent. Kristina worked with her team to expand the gifted program to include more students, rolled out full-day kindergarten, and expanded the dual language program district wide. Over the past couple of years, the expansion of the dual language program has flourished into an amazing cultural arts program that now boasts a ballet foklórico dance troupe, mariachi band and student art gallery that is becoming well-known in the area. This has dramatically increased student involvement and parent engagement among families. She credits the amazing teachers and administrative colleagues that she has worked with and grown from for the success of these initiatives. Kristina has two children who have recently graduated from college and are living currently lives in Naperville with her husband, Pete, and two dogs.
​
​

Joie Frankovich, Member
Joie Frankovich is the Coordinator of Partnerships with WeGo Together for      Kids/West Chicago Elementary School District 33. As the Coordinator, Joie facilitates a community collaboration of more than 40 community partners that represent over 15 sectors, all working to support the health, safety, and wellbeing of children and families in West Chicago. Joie also oversees District 33’s community schools supports and systems. Prior to this role, Joie was the Coordinator of Evaluation and Communications for WeGo Together and facilitated evaluation, communication, and policy/advocacy efforts.
​
Joie is an elected Governing Councilor for the Community Health Planning and Policy Development section of the American Public Health Association and is a Licensed Clinical Social Worker. Joie has a Master’s in Social Work in community health and urban development and a Master’s in Public Health in health policy administration, both from the University of Illinois at Chicago. Joie currently lives in St. Charles with her husband and dog, Bowser.
​ 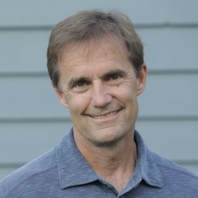 Al Gustafson, Ex-Officio Member
Al Gustafson is a spiritual director and retreat leader. He has been a staff member at Old St. Patrick’s Church, Chicago since 1994 and is the former Director of the Crossroads Center for Faith & Work. He is a founder and past president of the Career Transitions Center of Chicago where he continues to be involved. He is a co-leader of an annual 38-week retreat on the Spiritual Exercises of St. Ignatius at St. Margaret Mary Church in Naperville.

In addition to ministry, Al is the president of the Gustafson Family Foundation, a private foundation promoting the development and education of young children at risk. Al also serves on several boards including Educare of West DuPage, Institute of Catholic Bioethics and Swifty Foundation.
Al holds degrees in accounting and ethics as well as a Doctorate of Ministry from Catholic Theological Union. He lives with his wife and children in Woodridge, IL.
​ 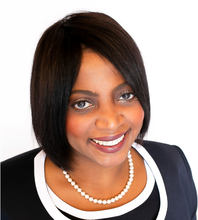 Crystal Taylor, Member
Crystal Taylor is a Certified Public Accountant with over six years of experience in public accounting working with both public and private entities in the manufacturing, retail, technology, and consumer goods industries as well as the not-for-profit sector. Prior to her career in public accounting, Crystal worked as a compliance auditor with a focus on derivative instruments and sales and use tax. She has a Bachelor of Science from Ball State University and a Master of Business Administration from Benedictine University. Additionally, Crystal was part of the inaugural 2020 cohort for United Way’s Board Leadership Institute which prepares philanthropic business leaders with the training, skills and resources needed to effectively serve on the boards of not-for-profits.

In the past year, Norma achieved her Realtor license and currently works with  Daniel And Associates Real Estate in DuPage County.
​ 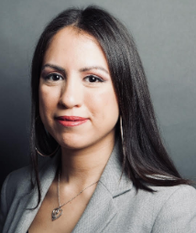 Saharay Terrazas, Parent Member
Saharay Terrazas is a Branch Operations Officer at Wheaton Bank and Trust, a Wintrust Community Bank. Wintrust Community Banks invest and give back to the communities they serve. Saharay listens, engages, and wants to make a difference in her local community. She has been with Wheaton Bank and Trust for over 5 years. She has provided financial literacy for various individuals, as well as organizations such as Leman Middle School, World Relief, Wheaton Bible Church, and many other great organizations.

Saharay also serves as a member of the Parent Policy Council for Educare West DuPage. She has been a part of the Educare West DuPage family for two years now, and is a proud parent of two children who are currently attending Educare West DuPage. Saharay grew up in West Chicago, attended District 33 and District 94 school systems, participated in extracurricular activities, and was part of the Head Start program in the early 2000's, at what is now New Life Bilingual Church on Ann Street. Saharay attended Loyola University Chicago after graduating from West Chicago Community High School District 94. She was only there for a short time, and attended College of DuPage. Saharay is working to get her Bachelors in Business Management.