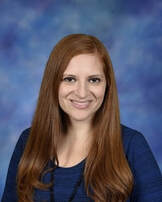 The Board of Directors of Educare West DuPage, a state-of-the-art early learning school in West Chicago, has named Marcela G. Sweeney as Executive Director.
Sweeney, a daughter of Mexican immigrants who is fluent in English and Spanish, brings over 20 years of experience in early childhood nonprofits. Since 2012, she has served as the School Director of Educare West DuPage. Previously, she worked as an Early Childhood Education Specialist through the Office of Head Start’s Training and Technical Assistance Center and held other federal and state leadership positions.
“I look forward to continuing to serve the children and families of Educare West DuPage in this new role,” Sweeney stated. “The staff, including the management and leadership team, are an exemplary group of individuals who I am honored to work with in order to carry out the mission of Educare West DuPage. Access to quality early childhood education and intensive family engagement services is my passion – and Educare is a proven model that will continue to demonstrate positive outcomes for children and families across the country.”

"The Board is very excited to have someone of Marcy’s experience and qualifications as our new Executive Director,” said Dr. Vicky Zanillo, a retired Assistant Superintendent for Learning at District 33 and longtime volunteer in Educare’s library who now also serves on the Board. “Under Marcy's dedication and leadership, Educare West DuPage has achieved and maintained the GOLD Circle of Quality and is the only school in the State of Illinois to have been awarded three Awards of Excellence. Her caring and knowledgeable leadership has become even more evident during the current public health crisis.”
“Marcy is national-class talent,” added Educare West DuPage Board member Michael Burke, Vice President of the Omaha-based Buffett Early Childhood Fund, which, in part, funds the coast-to-coast network of 24 Educare schools. “We are quite confident that under Marcy’s leadership, Educare West DuPage will become an even more vital part of not only West Chicago but also in the greater DuPage area and beyond. In addition to Marcy, Educare West DuPage has a leadership team that includes Monique Lopez and Justin McGrath; together, they will ensure Educare serves as a beacon of hope for very young children and families.”
Marcela G. Sweeney has a Master’s degree from Chicago State University in the Art of Teaching Early Childhood Education with licensure and a Bilingual endorsement. She also holds a Bachelor’s Degree from the University of Illinois at Urbana-Champaign in Psychology and Spanish. In addition to her Bachelor’s degree, Marcy also has an Infant Specialist Certificate from Erikson Institute.
Educare West DuPage’s mission is to provide high-quality, comprehensive early learning to over 190 infants, toddlers, preschoolers and their families. Opened in 2012, Educare West DuPage offers specialized dual language learning and addresses all areas of learning – social, physical, language and cognitive – using evidence-based practices that support early skill development and nurture strong parent-child relationships. All of these factors undergird children’s later success in kindergarten and in life.